Professor Sir David King, founder and chair, Centre for Climate Repair at Cambridge University and UK government chief scientific advisor from 2000 to 2007, and Royal Society fellow, says that net zero objectives are not enough, and the world needs to do much more to create a manageable future, especially saving the arctic.

As the arctic heats up at a faster rate than the rest of the planet, it is creating a tipping point whereby the temperature rise causes the ice covering the Arctic to melt during the polar summer. As the Arctic soaks up sunshine and warms, so the air above it warms the surrounding land masses, including Greenland’s permafrost. King says that if Greenland’s ice melts it will cause drastic and destructive rises in sea level. As permafrost melts it will release methane, a greenhouse gas 80 times more effective at trapping heat than than carbon dioxide. “This is potentially a disaster,” he said, while noting evidence of explosive releases of methane already happening in Russia where methane is bubbling up from under the permafrost. 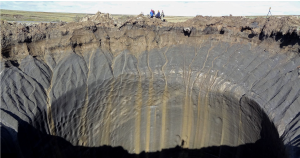 Low Tech Solutions Already in Use

The freshwater runoff in the spring from the ice in the Himalayas is critically important to the agricultural economies of China, India, Pakistan, all of the countries in that region. The Chinese government has instigated a series of experiments using white sheets. Similar schemes are in place in Italy too. In both cases, white reflective sheets are used in the summer to cover the ice and reflect the sunlight away to stop the ice melting. Remove the sheets in the winter and more ice is created as the snow comes in. “That, of course, is an extraordinarily expensive way to proceed over hundreds of thousands of square kilometers” says David. He has a better idea.

The Cleantech Version is Cheaper

David says another technology involves creating white clouds in places where the wind is blowing towards the North Pole, the South Pole, or the Himalayas. “The white clouds sitting over those mountains and over the Arctic region and the Antarctic region would reflect the sunlight away in the summer in the same way as the white reflective sheets”. Sir David says scientists are exploring how to refreeze the Arctic in a process the imitates natural processes to brighten marine clouds. Using high-pressure sprays mounted on boats, droplets of salt water would be fired straight into the air. When these evaporate, the salt crystals left behind would rise on natural convection currents and help to form clouds overhead, reflecting sunlight away from the ice and allowing it to form a thicker layer of protection for the summer months. “And you can do this much, much more cheaply. It sounds like a very big experiment to do, and it is. But nevertheless, it would be considerably cheaper.”

The Technology is Being Tested

University of Colorado Boulder atmospheric scientist Katja Friedrich and her colleagues set about testing the effectiveness of cloud seeding January 2017, watching over a patch of land in western Idaho. Friedrich monitored three attempts at cloud seeding from start to finish along with collaborators on the project from the National Center for Atmospheric Research in Boulder, University of Wyoming and University of Illinois at Urbana-Champaign.

“We tracked the seeding plume from the time we put it into the cloud until it generated snow that actually fell onto the ground,” said Friedricht, an associate professor in the Department of Atmospheric and Oceanic Sciences.

In all, that cloud seeding event and two more later that month produced a total of about 282 Olympic-sized swimming pools worth of water. The group reported its findings in the Proceedings of the National Academy of Sciences. Friedrich added that the research is an important first step toward better understanding just how efficient cloud seeding can be . 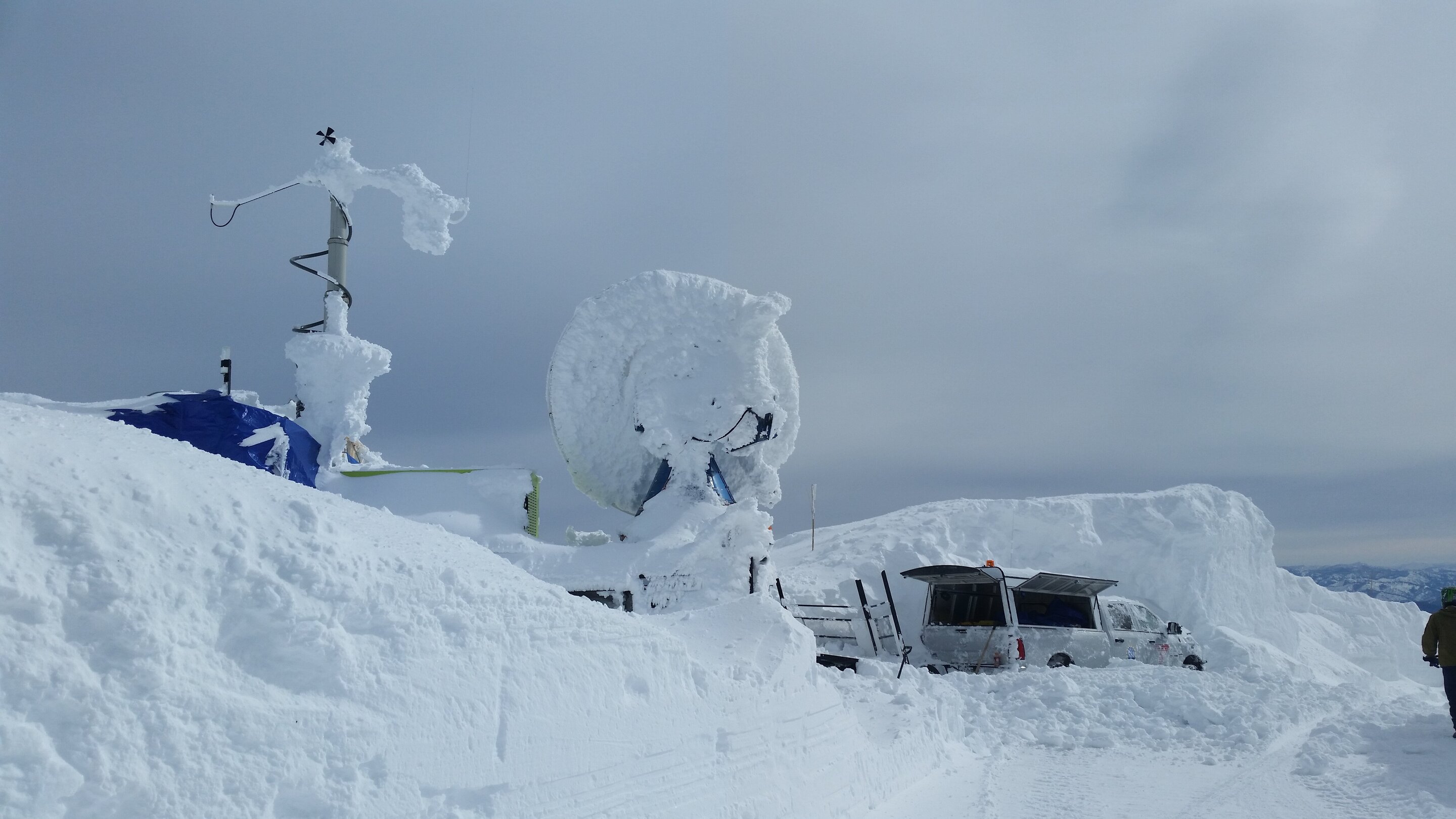 The Seeded and Natural Orographic Wintertime Clouds: The Idaho Experiment (SNOWIE) project radar dish gets a dusting of ice in 2017. Credit: Joshua Aikins