Can We Just Pull Carbon Out of the Air? As the recent IPCC report confirmed, we are in urgent need of radical action to prevent global warming exceeding 1.5˚C (around 2.7˚F) – the preferred target laid out in the Paris Agreement.

Switching to renewable energy sources, reducing overall emissions, and recapturing carbon dioxide at its source are all vital if we are to achieve this target. But when over 80% of the world’s energy still comes from fossil fuels, these tactics on their own are unlikely to be enough to sufficiently slow global warming.

There’s a growing interest in the potential of Direct Air Carbon Capture and Storage (DACCS) to combat climate change by pulling carbon out of the air and storing it underground.

If done successfully and at a large enough scale, Direct Air Capture could go a step beyond cutting down on new carbon emissions. It could reduce the amount of carbon dioxide already in the atmosphere.

What Is Direct Air Carbon Capture and Storage?

Direct Air Carbon Capture and Storage (DACCS) is a relatively new technology that aims to remove carbon dioxide directly from the atmosphere. Once captured, the carbon dioxide can be reused for industrial processes, or stored underground.

In most DACCS plants, the air is pulled in using giant fans. It passes over the liquid or through an amine filter. These bind the carbon dioxide, removing it from the air.

Various cleantech companies are already developing Direct Air Capture facilities to make use of this technology. For example, the Canadian company, Carbon Engineering, has built a small pilot plant at its headquarters in Squamish, which captures and purifies roughly 1 ton of carbon dioxide per day.

This pilot facility is small-scale. But Carbon Engineering is planning larger plants. In 2022, construction will begin on a much bigger, commercial carbon capture plant in the Permian Basin, U.S. Once finished, it is estimated that the plant could extract up to a million tons of carbon dioxide from the atmosphere every year.

One of the major benefits of DACCS technology is that it can reclaim carbon dioxide from the air itself. This means it can offset emissions from industries where it is difficult to reduce or recapture carbon dioxide at the source, such as transport and aviation.

It might also be able to create clean sources of fuel, using the carbon dioxide pulled out of the air to create gasoline, diesel, and jet fuel that is compatible with existing engines. Effectively, this would result in a carbon-neutral fuel source since the carbon dioxide emissions from burning the fuel could then be recaptured and reused again.

Because DACCS is a new technology, it is also an expensive one. Current estimates of how much it would cost to capture a ton of carbon vary widely but are usually in the range of $100 to $1,000 (USD).

As with any new technology, this cost will likely reduce once it becomes more widely used. Scale is also vital to bringing down the price – these figures are mainly based on small-scale pilot plants and should drop as larger commercial plants come into operation.

The plants themselves are also expensive to build. And they are energy-hungry too.

It takes a lot of power to pull carbon dioxide out of the air and then turn it into a form that can be safely stored or reused. One study suggested that powering enough DACCS plants to offset the expected rise in greenhouse gas emissions would take a quarter of the world’s energy by 2100.

For DACCS to be effective in creating negative emissions, plants must obviously be powered through clean energy sources too.

DACCS is just one of a group of strategies for removing carbon dioxide from the air. Known as Negative Emission Technologies (NETs), these are an area of growing interest for environmental scientists and lobbyists.

Other NETs that aim to pull carbon dioxide out of the air include:

Although still a largely theoretical method, enhanced weathering aims to use a natural process to remove additional carbon dioxide from the atmosphere.

Some rocks absorb carbon dioxide as they weather. Globally, this natural process currently removes approximately one billion tons of carbon dioxide every year.

Enhanced weathering suggests scaling this process by mining and crushing large amounts of rocks to increase their surface area. This would cause them to weather quickly and should, in theory, remove additional carbon dioxide from the air.

However, mining is itself an environmentally-damaging process, which needs to be balanced against the potential of this method for capturing carbon.

Burning organic matter to create charcoal is nothing new. But it could help to lock carbon away in the soil. Biochar is a form of charcoal created when organic materials are burned at high temperatures in the absence of oxygen.

It creates a stable form of carbon that is then mixed with the soil to prevent carbon dioxide from escaping into the atmosphere.

The bonus here is that biochar also improves soil quality, making it an attractive option for agriculture. The downside is that the amount of carbon it stores is less than other forms of carbon-capture technology.

Like Direct Air Capture, Bioenergy Carbon Capture and Storage (BECCS) aims to remove carbon dioxide from the atmosphere and store it in the land. However, the method by which it does this is less direct.

Instead of pulling carbon dioxide out of the air itself, BECCS combines bioenergy – burning plant matter for energy – with carbon capture technologies that reclaim the carbon dioxide released as the organic matter burns.

It is often considered the most scalable of the NETs. But it is limited to recapturing carbon dioxide emissions at source, unlike DACCS, which can reclaim carbon dioxide from the air itself.

These technology-driven options shouldn’t be seen as a replacement for responsible environmental management. Regenerative agriculture, protection of peatlands, and reforestation projects all have a vital role in increasing the amount of carbon safely sequestered away from the atmosphere.

But developments in cleantech, such as Direct Air Capture, can complement these approaches to combat carbon dioxide emissions and keep global warming below that 1.5˚C target. 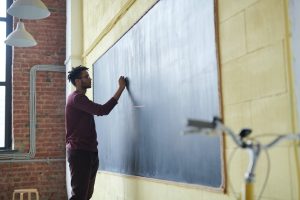 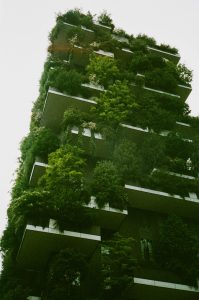 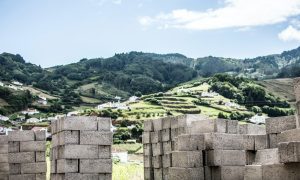 Gravity-based energy storage may not be new, but Energy Vault’s environmentally sound approach may be one solution to a significant obstacle preventing further renewable energy adoption.