Swedish furniture giant, IKEA, has a well-known ethos. It strives to make home furniture both accessible and affordable. Now, in a push to be climate positive by 2030, IKEA is applying that same philosophy to renewable energy.

The Ingka Group, which owns most IKEA stores worldwide, will offer renewable energy to Swedish households starting in September. This green initiative is called “Strömma” and will enable consumers to purchase wind and solar power through an app that also tracks their energy usage.

Ingka will partner with its solar panel producer, Svea Solar, to buy electricity on the Nord Pool exchange and resell it to households without adding a surcharge. Participating customers will pay a fixed monthly rate on top of variable charges for energy use.

However, there is also an opportunity for increased savings, as the renewable energy exchange works in both directions. Strömma is the Swedish word for ‘flow,’ and it’s a fitting name. Households can sell surplus electricity generated from their solar panels back to the power grid, thereby saving money and increasing the efficiency of the grid.

The new initiative is the latest in a series of steps that the Ingka Group has made towards becoming a more sustainable operation. As of 2019, they’ve already invested $2.9 billion in solar and wind power generation. Ingka owns two solar farms, 547 wind turbines, and over 920,000 solar panels spread across the roofs of IKEA stores and warehouses.

IKEA’s head of sustainability, Jonas Carlehed, told Reuters that the renewable energy initiative aims to address some of the environmental impact caused by customers’ use of IKEA products. “Our customers’ use of our products account for around 20% of IKEA’s total climate footprint – from appliances, lighting, and electronics such as speakers and so on.”

IKEA’s 2020 sustainability report found that customer usage of their products was the second largest contributor to its carbon footprint, amounting to around 4.7 million tons of CO2 emissions. The only other more significant contributor was the harvesting and processing of raw materials used in the production process.

It makes sense that the Ingka Group would see potential in addressing sustainability at the household level. IKEA already sells solar panels to customers in the UK and has done so since 2013. Since then, the company’s solar offering has expanded to 10 other markets.

By equipping homes with solar panels, IKEA can promote environmental sustainability while advancing its internal goal of becoming climate positive by 2030. However, it won’t be an easy task. They would need to curb greenhouse gas emissions by more than what is produced by the entire IKEA supply chain. This includes everything from raw material extraction to customers’ disposal of IKEA furniture at the end of its life cycle.

It will be no small feat to achieve their climate positive ambition, but the Ingka Group may be able to nudge the household furniture market in a more sustainable direction with the Strömma initiative. If it becomes just as easy to purchase solar power as it is to buy a shoe rack, there may be hope for tackling climate change at the household level. 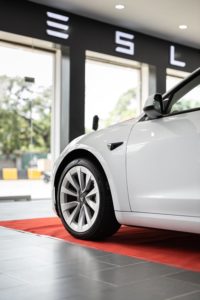 Tesla 3 is Now the Bestselling Car in Europe

In September 2021, Tesla Model 3 became the bestselling car model overall with 24,591 unit sales, which accounted for Tesla’s 74% of its total volume from the third quarter. 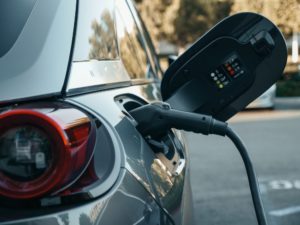 More than 50% of New Cars Sold in Sweden Are Electric